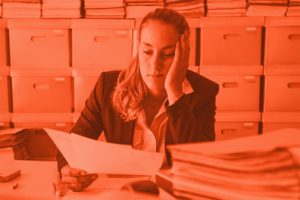 Four out of five resumes fail the test

Resumes are supposed to be an accurate, factual document detailing work history, education and experience.  But research from respected source Risk Advisory Group shows us that four out of every five resumes fail that test:

“CV lies continue to pose a problem in recruitment. The Risk Advisory Group’s annual study on ‘CV Lies’ identified that 80 percent of the 5,000 screening cases sampled contained one or more CV discrepancies. The greatest number of CV discrepancies relate to candidates’ academic background (57%) and employment history (59%).”

“Eye-gaze” research has shown that recruiters rely heavily upon the stated academic background and employment history in the resume to make their first appraisal of an applicant.

Commenting on their findings, The Risk Advisory Group’s Head of Employee Screening Michael Whittington says, “We are still finding many individuals who are willing to try and secure a role by less than honest means. The findings of our annual CV Lies report suggest that an employer who does not have a robust employee screening process in place could be putting their business at risk.”

All the way to the top

“Introduced to Myer by recruitment firm Quest ­Personnel, [he] claimed to have been the former ­managing director and vice-president of Asia Pacific for Spanish retailer Inditex, which owns international fast fashion chain Zara.

However, Inditex and Zara Australia have denied Mr Flanagan was ever employed by the company.”

And who could forget the spectacular fall from grace of Scott Thompson, once CEO of Yahoo!…

“A graduate of Stonehill College, Thompson earned a bachelor’s degree in accounting. But his official biography at Yahoo and Paypal, where he worked previously, says that he also has a degree in computer science”

The Ruin of the Resume

Many Expr3ss! customers (including ourselves) have ditched the up-front resume altogether.

“Thanks to the screening questions and the Expr3ss! Checklist Report, we have not needed to collect CVs upfront anymore. And our hiring processes have become simplified and more effective as a result,” explains Kelly Cowley, Human Resource Officer at National Pharmacies.

They opt instead to ask for one at a much later stage in the process.  That means they can insist on a resume that specifically addresses the criteria of the job in question.

And they are in good company.  The National Australia Bank has joined them.  They note that their screening processes now “identify and hire great people in a fairer, more effective way and reduce the risk of unconscious bias”.

NAB’s chief people officer Lorraine Murphy, goes on to say that this change has been “…particularly well received by digitally-savvy candidates, who the bank is keen to hire.”

It seems that more and more employers are discovering that, in getting a resume in response to their  “Job Ad”, what they are really getting is an “Applicant Ad”… and that’s a pretty poor basis for making such important decisions.